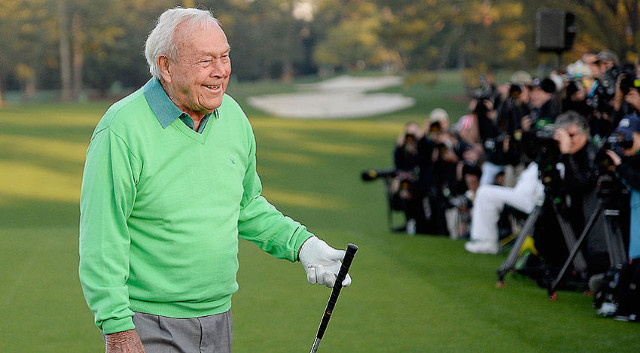 According to multiple reports, Arnold Palmer passed away at age 87.

Palmer was PGA Tour player of the year in 1960 and 1962 and Sports Illustrated Sportsman of the Year in 1960. He was inducted into the World Golf Hall of Fame in 1974 and presented with the Presidential Medal of Freedom in 2004.

Palmer retired as an active golfer in 2006, but continued to make ceremonial appearances at PGA events each year. His 62 career wins rank fifth all-time, behind only Sam Snead, Tiger Woods, Jack Nicklaus and Ben Hogan.

Adidas to sell its golf brands

Aveo Introduces Trousers and Shorts for Big and Tall Golfers